I am a social and cultural historian of the early modern Atlantic World, with interest in African diaspora, contraband trade, and environmental history. My current book project, "Witchcraft and Contraband in the Early Modern Caribbean," examines the intersection of Caribbean witchcraft cases tried by the Inquisitions of Mexico and Cartagena with the simultaneous effort to suppress contraband trade in Caribbean port cities. By placing witchcraft and contraband in shared historical frame, the book demonstrates how alleged practitioners of "witchcraft" - most of whom were unenslaved Afro-descended women - not only operated as economic agents, but also built and maintained clandestine networks in the uncontrolled spaces of the early modern Caribbean. In this way, we can begin to see accused witches not only as resistors to Spanish Catholic patriarchy or brokers of cultural change and retention, but as architects of a parallel, "submerged" Caribbean world.

My first book, Veracruz and the Caribbean in the Seventeenth Century, studies the Mexican port city of Veracruz and its environmental, commercial, and migratory links to the Caribbean. By emphasizing Veracruz's many Caribbean entanglements, I fix the city in an "unintended" spatial configuration that existed tangential to imperial and metropolitan concerns, which I call the "Mexican-Caribbean urban system." This system in turn conditioned the development of Veracruz's social and cultural institutions, allowing its predominantly African and Afro-descended residents tools of self-description that built on the multi-centric spaces of the Caribbean rather than the categories of race and caste favored by colonial administrators. It is forthcoming with Cambridge University Press in March 2023.

Beyond these projects, my research has examined the relationship between Mexico's northern borderlands and the Caribbean; the slave trade in the Gulf-Caribbean region in the sixteenth and seventeenth centuries; and the longue-durée history of contraband in the Caribbean. I also have long-range interest in environmental and, specifically, climate history and am slowly working on a biographical project on the early Caribbean historian Irene Aloha Wright.

I teach courses on Latin America, the Caribbean, and the Atlantic World from the colonial to the modern period, as well as thematic and global courses on the histories of environment, empire, disaster, and race.​​​

Veracruz and the Caribbean in the Seventeenth Century. New York: Cambridge University Press, 2023.

"The Moving Border:  Black Experiences in Caribbean Frontiers and North American Borderlands in the  Late Seventeenth Century," in At the Heart of the Borderlands: Africans and Afro-Descendants on the Edges of Colonial Spanish America, edited by Cameron D. Jones and Jay T. Harrison, chapter 3. Albuquerque: University of New Mexico Press, 2023.

"Environment and the Politics of Relocation in the Caribbean Port of Veracruz, 1519–1599," in The Spanish Caribbean and the Atlantic World in the Long Sixteenth Century, edited by Ida Altman and David Wheat, 189-210. Lincoln: University of Nebraska Press, 2019. 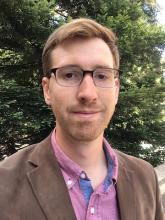