Bruzina has a 1966 PhD from the University of Notre Dame (Indiana), and a 1970 Doctorat de 3e cycle from the University of Paris-Nanterre (France). Subsequent study in Germany at Köln (1977-78) and Freiburg (1985-86, 88, and 97) led to concentration on archival material demonstrating the fuller aspects to the development of phenomenology in the last years of Edmund Husserl's life (1928-1938). The materials that contribute to this are the complete notes and drafts of proposals by his last research assistant, Eugen Fink, many linking to Husserls later research manuscripts, especially the "B" and "C" manuscripts on temporality and the "Crisis"-writings. The far-reaching implications of this for understanding post-war phenomenology, especially in the work of Maurice Merleau-Ponty and Jan Patocka, are indicated in some of Bruzina's more recent papers. Two present projects nearing publication will help to demonstrate the importance of this archival conjunction: a monograph, Edmund Husserl and Eugen Fink, Beginnings and Ends in Phenomenology, 1928-1938, in press and scheduled to come out in Novemeber, 2004, from Yale University Press; and Die letzte phänomenologische Werkstaat Freiburg: Eugen Finks Mitarbeit bei Edmund Husserl, Manuskripte und Dokumente, 4 Vols. the first two of which are scheduled to appear in December, 2005 from Alber Verlag, Freiburg/München. Graduate seminar offerings in recent years (on the phenomenology of feeling and emotions and of nature and materiality, especially in critical relation to cognitive science) have drawn from these findings, among other sources. 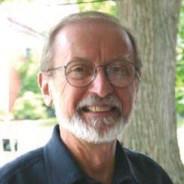