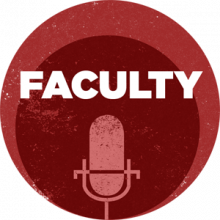 The University of Kentucky recently announced big upgrades to its supercomputing infrastructure. This means more power for researchers across the campus working on some of the questions that have puzzled us the longest.

One such researcher is Professor Gary Ferland of the Department of Physics and Astronomy. Since the late 1970s, he’s been using computer modeling software to carry out experiments that would otherwise be impossible. With his widely used program Cloudy which simulates clouds of interstellar matter out in space and UK’s high-tech supercomputing infrastructure, Ferland and his students have been able to help answer some of the biggest questions facing astronomers as well as society.

This podcast was produced by Patrick O'Dowd.

This work is licensed under a Creative Commons Attribution-NonCommercial-ShareAlike 3.0 Unported License.